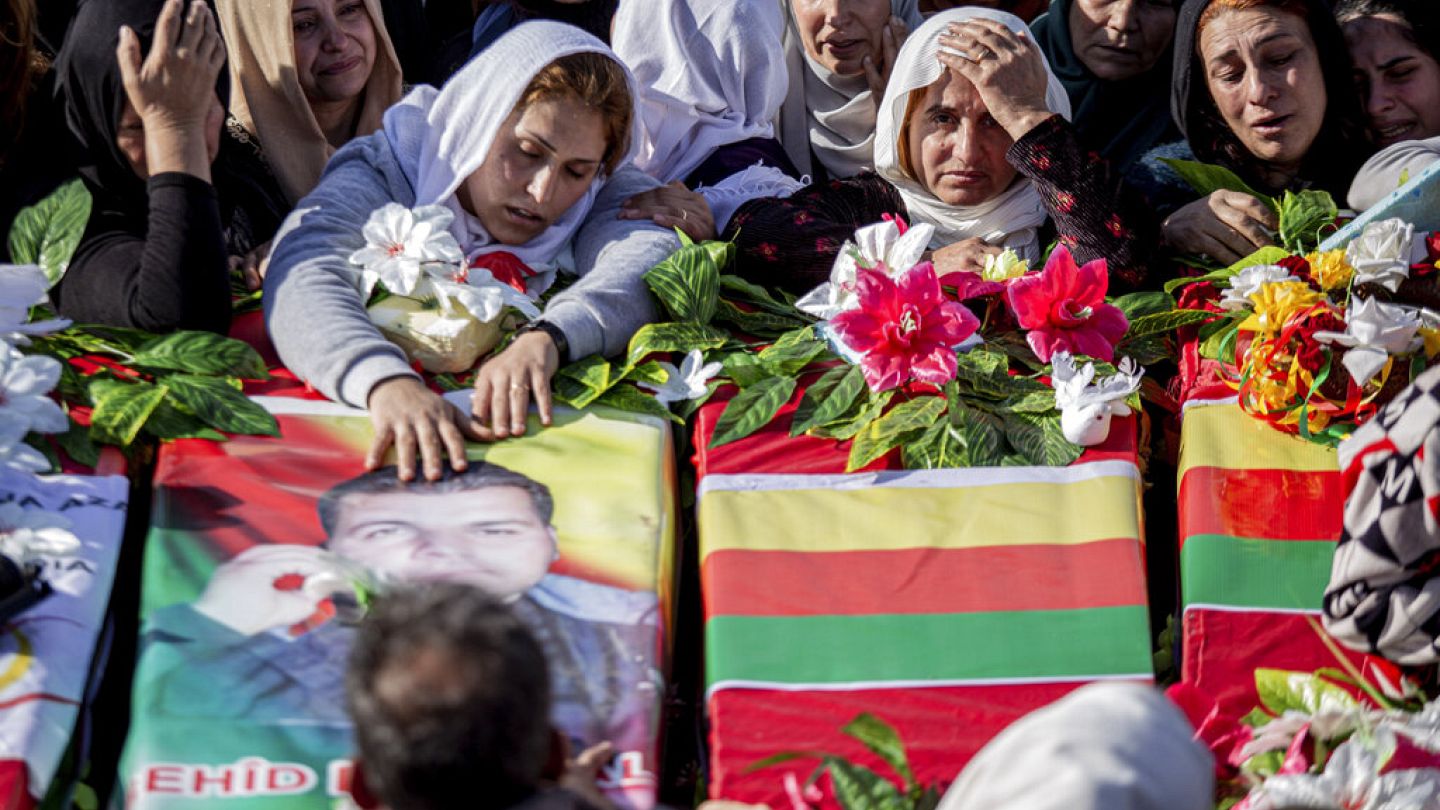 Turkey, called to restraint by Washington and Moscow, struck several targets in Syria on Tuesday after new threats by President Recep Tayyip Erdogan to launch a ground operation against Kurdish fighters in northern Syria "soon".


R. T. Erdogan has been threatening an offensive in northern Syria since May, but the November 13 attack in Istanbul (six dead and 81 wounded), attributed by Ankara to Kurdish fighters from the PKK (Kurdistan Workers' Party) and the YPG (People's Protection Units), is likely to accelerate operations. "We have been flying over the terrorists for a few days with our air force and drones. God willing, we will eliminate them soon with our soldiers, our guns and our tanks," the head of state said Tuesday during a speech in the northeast of the country.


The Turkish air force launched on Sunday the "Sword Claw" operation, a series of air raids against 89 positions of the PKK and the YPG in northern Iraq and Syria, which killed nearly 40 people, according to the Syrian Observatory for Human Rights (OSDH).


On Tuesday, new Turkish drone strikes targeted in particular a joint base of Kurdish forces and the US-led international anti-jihadist coalition, 25 km north of the city of Hassake, killing two people according to Kurdish forces and the OSDH. The U.S. military command for the Middle East (Centcom) told AFP that its forces "were not in any danger" during these strikes.


"They wanted to establish a terrorist state around us, we could not allow it. Protecting our borders and our nation is our responsibility and duty," Turkish Interior Minister Süleyman Soylu said Tuesday as he received his German counterpart Nancy Faeser in Ankara. "We will make those who disturb us on our territory pay," the Turkish president warned on Monday, threatening a ground operation.


Erdogan's statements - issued shortly after rocket fire from Syria that killed two people, including a child, in the southeastern Turkish border town of Karkamis - have **surrected concern in Washington and Moscow.** Both countries are involved in the war in Syria, which has killed nearly half a million people since 2011. "We call for de-escalation in Syria to protect civilians and support the shared goal of defeating the Islamic State," pleaded US State Department spokesman Ned Price.


The United States has supported the YPG, the main Kurdish force in Syria,in the fight against the jihadists of the Islamic State group (EI), allowing them to regain control of Kobane in 2015. John Kirby, spokesman for the White House National Security Council, acknowledged that Turkey, which continues to be exposed to a "terrorist threat," had every right _"to defend itself and its citizens."_ However, he added, these "cross-border" operations (. However, he added, these "cross-border" operations (...) "could lead to a reaction from some of our partners in the SDF (Syrian Democratic Forces, of which the YPG is a part) which would limit their ability to continue the fight against the Islamic State", and this is what worries the United States, he warned.


Russia "hoped" that Turkey would show "restraint" and refrain from "any excessive use of force" in Syria. "We understand Turkey's concerns (...) But at the same time, we call on all sides to refrain from any initiative that could lead to serious destabilization," Russian presidential spokesman Dmitry Peskov said.


On Monday, Berlin and Paris had also called on Ankara, respectively, to act in a "proportionate" way and to "show more restraint"._ In response, Turkey demanded Tuesday that its allies, led by the United States, "cease all support" to the YPG fighters it considers terrorists. The Syrian Democratic Forces (SDF), a coalition dominated by the YPG, said Tuesday they were focusing their efforts on a "de-escalation".


Between 2016 and 2019, Turkey conducted three major operations in northern Syria against Kurdish militias and organizations. Ankara repeats that it wants to create a 30-km-wide "security zone" along its southern border.