In Kyiv, Volodymyr Zelensky commemorates the protesters killed during "Euromaidan 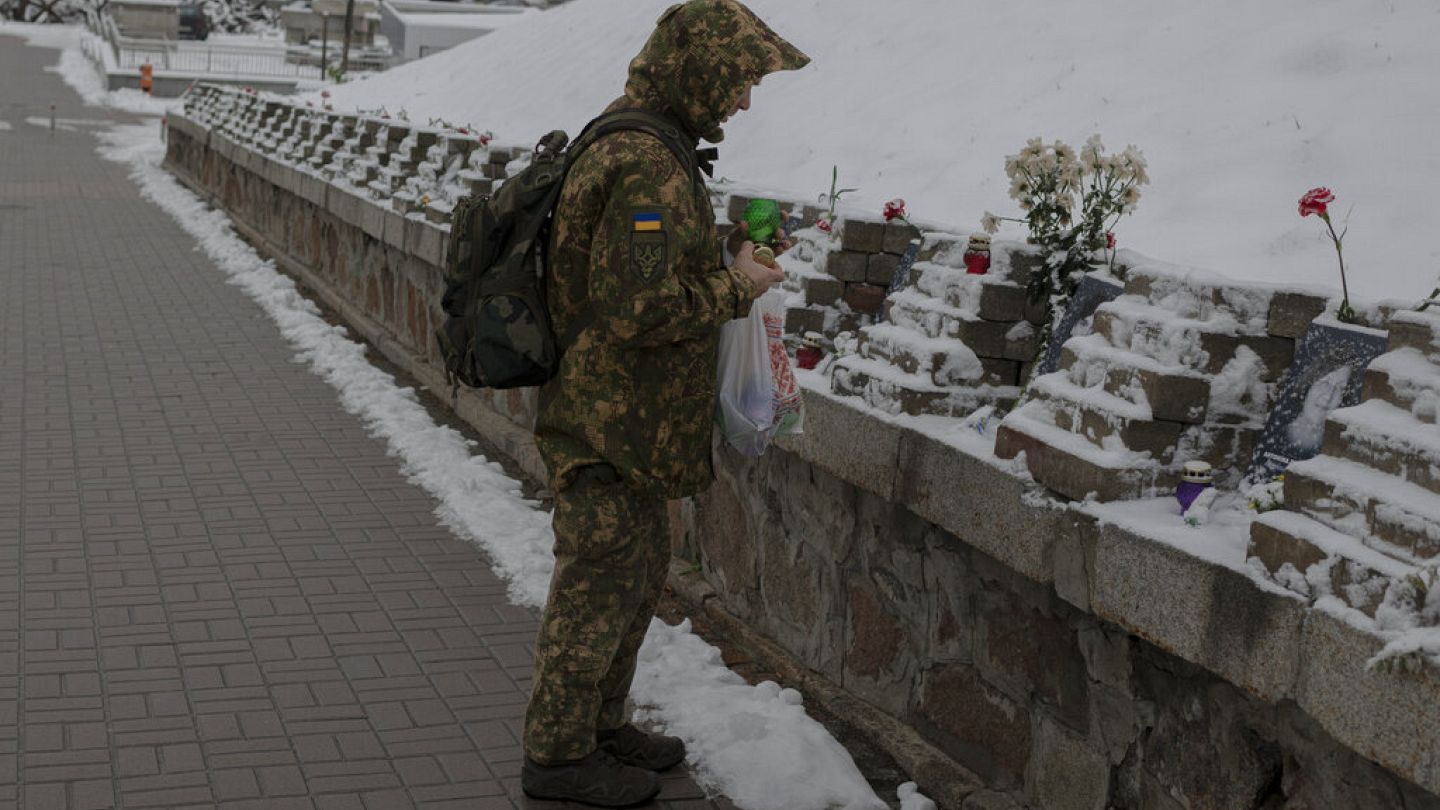 Under the snow, Ukraine was celebrating the 9th anniversary of the start of the pro-Western "Euromaidan" revolution on Monday. In Kiev, Ukrainian President Volodymyr Zelensky and his wife Olena honored the memory of activists who died in 2014, as part of the commemoration of the Day of Freedom and Dignity.


Heroes of the Heavenly Centuria is the name given to the 104 victims of the repression against the revolution of the "February Revolution". The Maidan revolution led to the fall of pro-Russian President Viktor Yanukovych: "It is a moving memory, we think of all those who are no longer with us, and support our heroes who are now defending the freedom of our country," said the mayor of Kyiv, Vitali Klitschko.


Closer to the front, Ukrainian authorities have begun evacuating civilians from recently liberated sections of the Kherson and Mykolaiv regions, fearing that the lack of heat, electricity and water due to Russian shelling will make conditions too unliveable this winter.


Last month, Ukrainian Deputy Prime Minister Iryna Verechtchuk asked citizens currently living abroad not to return to Ukraine this winter to save energy. Other officials have suggested that people in Kyiv and elsewhere who can afford to leave Ukraine for a few months should do so, again to save energy for hospitals and other essential facilities.


The World Health Organization (WHO) agreed, warning that millions of people may face a "dangerous" winter in Ukraine. "This winter will put the lives of millions of people at risk in Ukraine," said WHO Regional Director for Europe Hans Henri P. Kluge. "Attacks on health and energy infrastructure mean that hundreds of hospitals and health facilities are no longer fully operational, lacking fuel, water and electricity."


He warned of the health risks, such as respiratory and cardiovascular problems, faced by people in conflict areas.


On the ground, the clashes continue. On Monday, the Russian Defense Ministry said that Russian troops had struck Ukrainian command posts near Shevchenkove in the Kharkiv region.


Moscow also accused the Ukrainian armed forces of bombing the Zaporizhia nuclear power plant and called on world powers to exert their influence to make Ukraine "stop. But Kyiv denies these accusations.

In Iran, the demonstrations continue, the repression intensifies