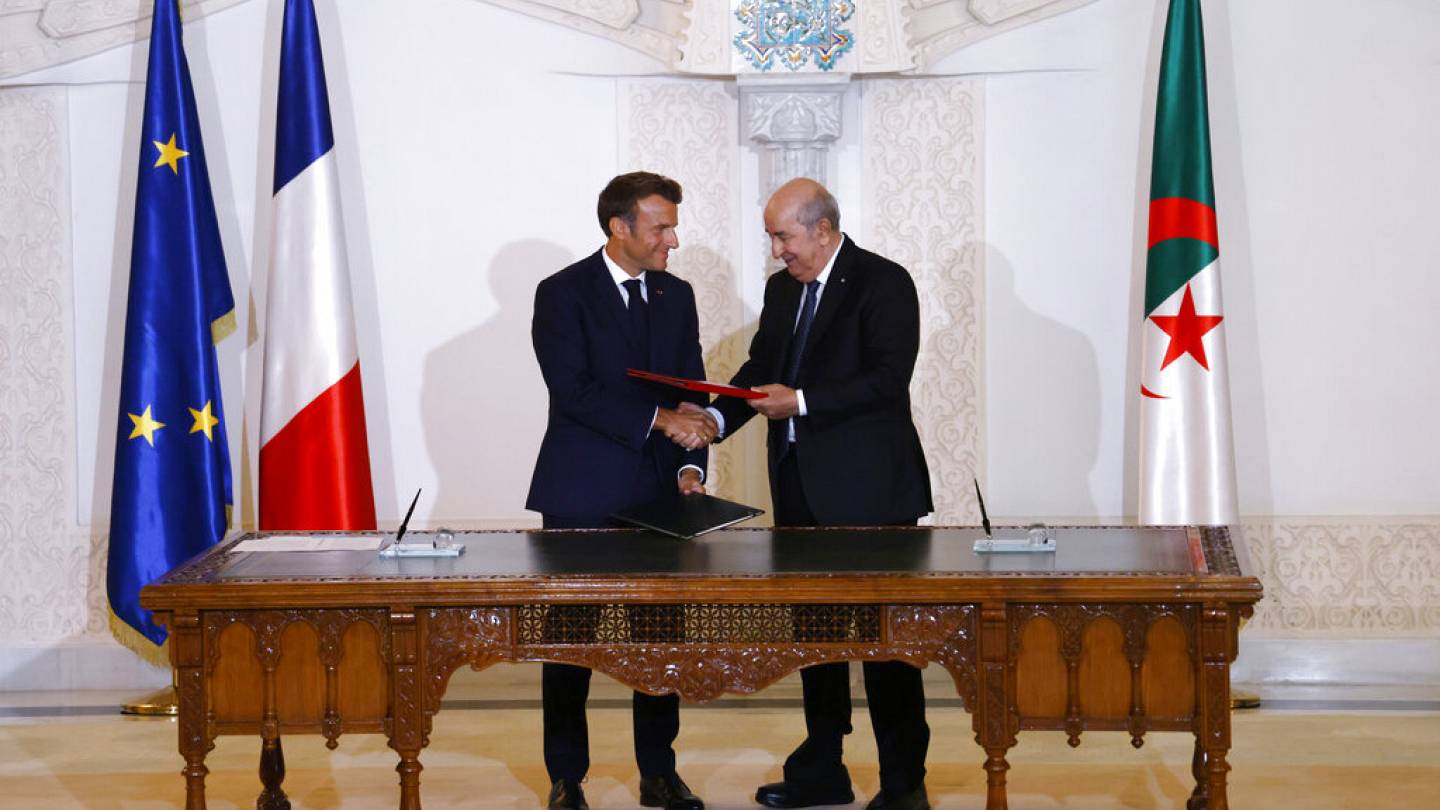 Emmanuel Macron and Abdelmadjid Tebboune have sealed the reconciliation between Paris and Algiers.


60 years after the Algerian war, the joint declaration signed by the two presidents places relations between the two countries "in a dynamic of irreversible progress.


The joint commission of historians decided during E. Macron's visit to Algiers could be set up within 20 days.


President Tebboune welcomed an "excellent and successful visit" of his French counterpart in Algeria, ensuring that it "has allowed a rapprochement that would not have been possible without the very personality of President Macron.


According to the Algerian president, who spoke in French, the two countries will also "act together in many areas outside Algeria and France. "This rapprochement will allow us to go very, very far.