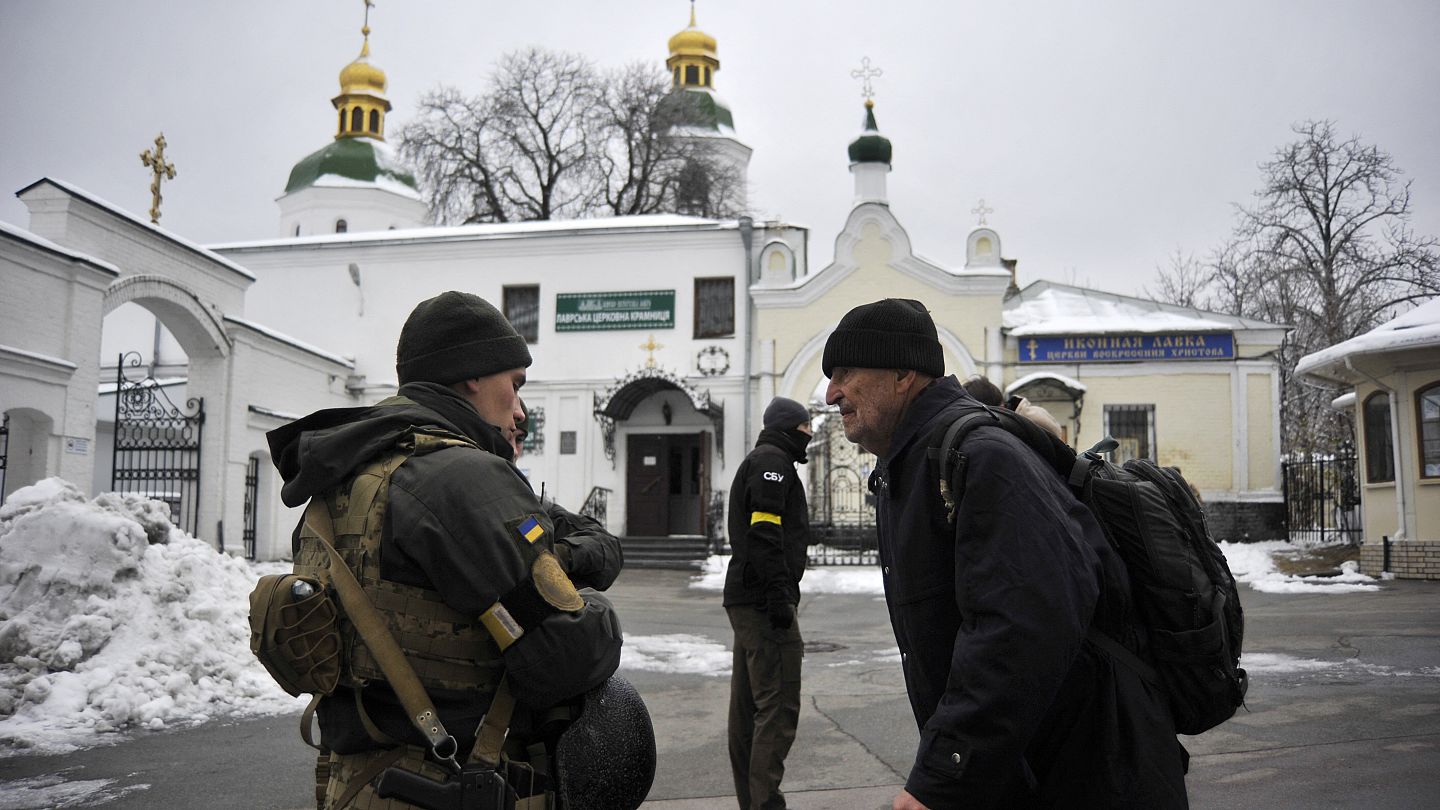 Sacred places are not spared by the war between Russia and Ukraine. In Kiev, the main monastery of the Orthodox Church in the country was searched by the Ukrainian security services (SBU) because of suspected links with Moscow.


Identity control, search, this Tuesday the faithful had to show their credentials to go and pray.


The SBU "conducts counterintelligence operations" at the site of the Kiev Caves Lavra "to counter subversive activities of Russian special services in Ukraine," he said on Telegram. He added, "these measures are carried out to prevent the use (of the monastery) as a center of the 'Russian world'."


Located south of the city center of the Ukrainian capital, the religious building is also the residence of the primate, the "chief bishop" of the Ukrainian Orthodox Church. It is registered on the Unesco World Heritage List since 1990.


The press service of the Moscow Patriarchate denounced an "act of intimidation" against believers. "The Ukrainian side has been at war with the Orthodox Church for a long time," reacted Dmitry Peskov, the spokesman for the Russian presidency. He spoke of "a link in the chain of military action taken by Kiev against Russian Orthodoxy.


Similar operations also took place in two other monasteries and a diocese in the northwest of the country.

Rising contaminations: Beijing in trouble with its "zero Covid" policy