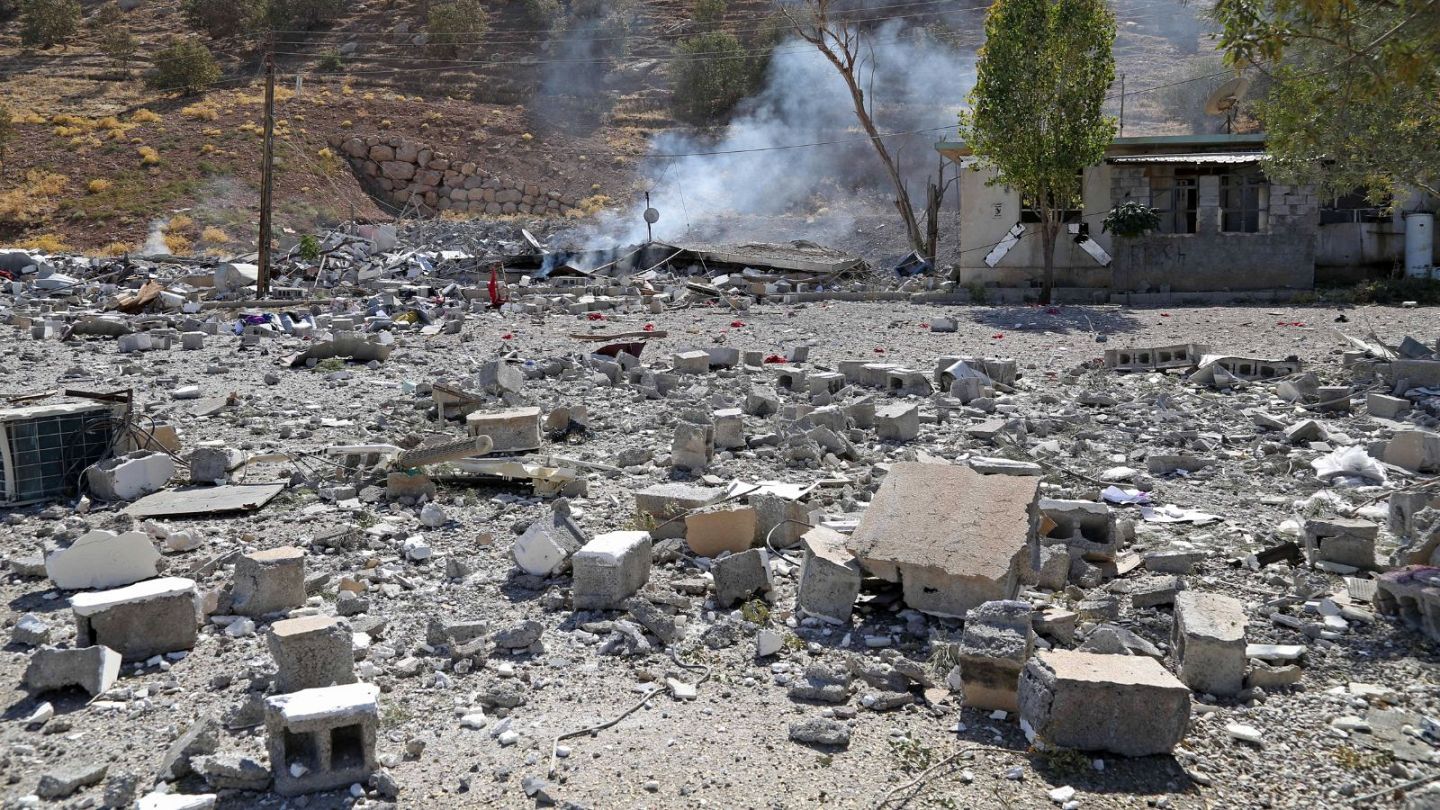 The Kurds of northern Syria shouted their anger on Sunday. They were demonstrating against the Turkish army raids, which killed about 30 people and wounded dozens of others on Saturday night, in the provinces of Raqa, Hassakeh and Aleppo, according to figures from the Kurdish autonomous authorities.


According to the Syrian Observatory for Human Rights (OSDH), which has an extensive network of sources in Syria, the strikes claimed the lives of 18 Kurdish fighters and members of local allied forces and 12 Syrian soldiers. The NGO also reported the death of a journalist, Issam Abdallah, a Syrian correspondent for a Kurdish news agency, but was unable to confirm the death of other civilians.


The official Syrian agency Sana confirmed the death of several Syrian soldiers, without specifying the number.


The strikes mainly targeted the city of Kobane and its surroundings near the Turkish border, including grain silos near Al-Malikiyah and a power plant located in an area under the control of the Kurdish-dominated Syrian Democratic Forces (SDF): "They bombed the power plant five times. It was completely destroyed, there was nothing left. We stayed here to pull the wounded out from under the rubble when suddenly an airplane flew over us, so all we had to do was flee," explained Salman Abu Hokar, who lives near the power plant.


Turkey claims to have launched this operation in retaliation for the attack that killed six people in Istanbul on November 13. Ankara believes that Syrian Kurdish forces and the Kurdistan Workers' Party were behind the attack.


The Turkish operation, dubbed "Sword Claw," aims to "eliminate terrorist attacks from northern Iraq and Syria, ensure border security and eliminate terrorism at its source," the Turkish Defense Ministry said. Turkey, whose soldiers are present in areas of northern Syria, has been threatening since May to launch a new offensive against the SDF, which it considers "terrorists."


Kurdish forces said that these raids by the Turkish state would not go unanswered.

Zaporizhia power plant: Russia and Ukraine accuse each other of bombing

Indonesia: a magnitude 5.4 earthquake hits the island of Java