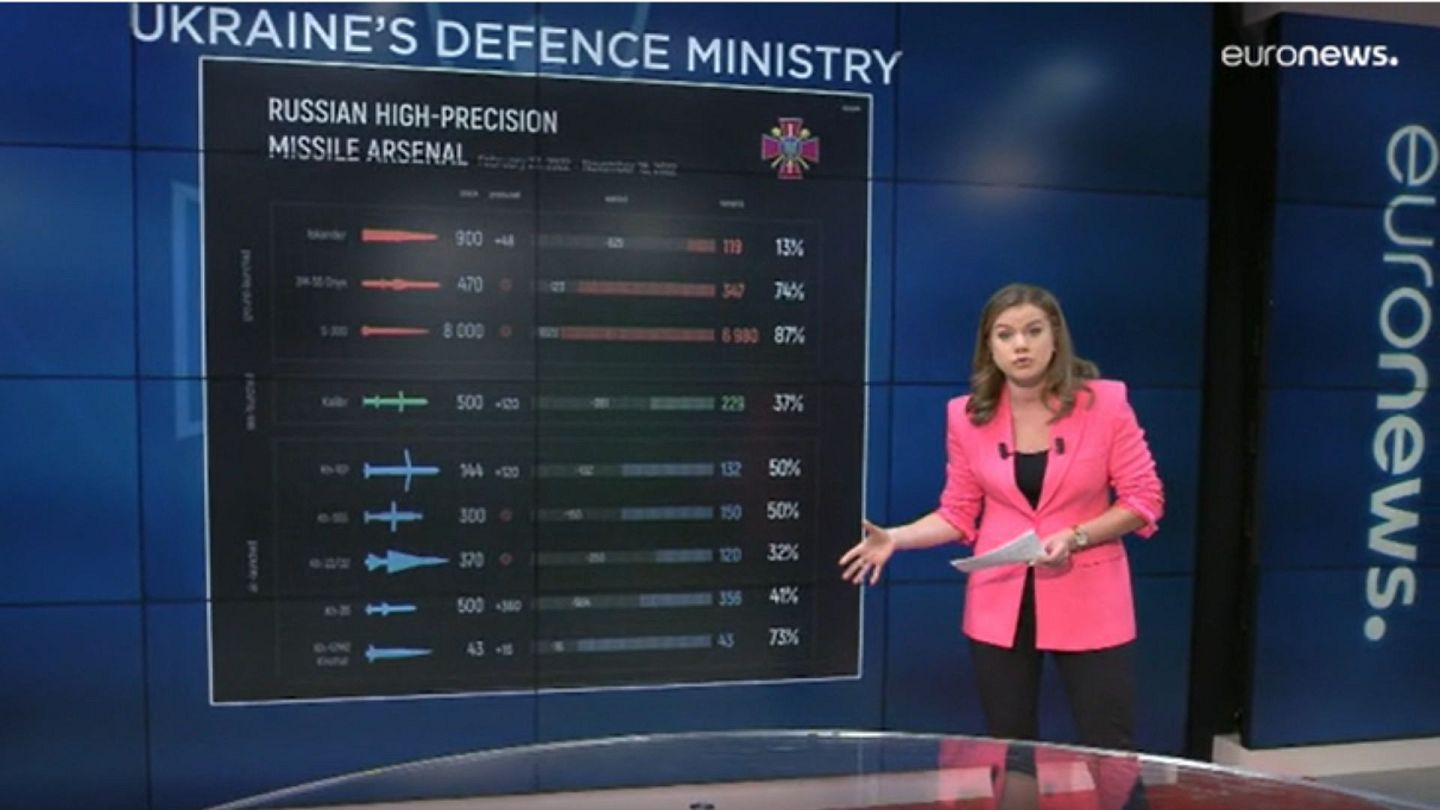 According to the Institute for the Study of War, the Russian military has significantly depleted its arsenal of high-precision missiles. But the country is still capable of attacking Ukraine on a large scale in the short term.


While Russia has just bombed Ukraine again, hitting critical infrastructure across the country, the Institute for the Study of War (ISW) says the Russian military has significantly depleted its arsenal of high-precision missiles. But it says it will probably still be able to attack Ukrainian critical infrastructure on a large scale in the short term.


The Ukrainian Ministry of Defense has detailed the number of missiles that Russia has used in its arsenal since the invasion began in February and what remains.


For example, Russia now has only 119 Iskanders, or 13 percent of its original February 2022 stockpile.


Russia is using more and more S300 missiles on Ukraine. And this is seen as an indication of a shortage of more appropriate ammunition.


There are several versions of the S-300 rocket, with different technical capabilities and ranges:


- The maximum range of the standard missile is 150 km


- initially developed by the Soviet Union, the S-300 is part of the family of surface-to-air missiles


Russia is not the source of this information and does not comment on it.


According to the Institute for the Study of War, Moscow is increasingly dependent on Iran for the supply of high-precision weapons systems, including drones.


according to the British Ministry of Defense, "Russia probably designed this drone campaign to overcome its severe shortage of cruise missiles, but this approach has had limited success. Most of the drones launched have been neutralized."


The British Ministry of Defense also says that Russia can probably get drones from abroad faster than it can make new cruise missiles at home.